In the fall of 2009, our daughters, Sheri and Sandra, suggested we adopt a dog. Linda had just been diagnosed with Frontotemporal dementia and they assumed that a four-legged companion would be therapy for both of us, especially for Linda. So, they set out to identify the right companion.

At a local animal shelter, my son-in-law, Kyle, met a shy little Millie! She had been found wandering the street in the rain by a young boy and his mother. They were not permitted to keep a dog in their apartment, so they brought her to the shelter with the stipulation that she not be euthanized. She was estimated to be about eight or nine months old. They had already named her “Millie.”

In response to my question “What kind of dog is she?” the veterinarian replied as he surveyed her characteristics, “I see Chihuahua, Yorkie, terrier, and….Let’s just say she has a rich heritage!”

Though never weighing more than ten pounds, she was the alpha dog in every encounter with other canines and the “princess” when with family. She was reserved in the presence of strangers but feisty and fierce in defense of her space and family.

Millie quickly became a member of the family and Linda’s constant companion. Linda trained her, cared for her, loved her. Millie faithfully and persistently returned the love. They became almost inseparable. The bond of mutual love grew stronger as Linda’s disease progressed.

Early in the disease process, Linda and Millie took walks together and interacted in multiple ways. Millie seemed to sense the changes in Linda and always adjusted with empathy and added affection. She sensed when she was upset and frustrated and maintained her “non-anxious” presence in the most tumultuous times.

In the last stages of Linda’s disease, she lost the ability to respond to Millie. Yet, Millie remained faithful. She often positioned herself under Linda’s bed, especially when visitors came. She assumed the protector’s role, keeping her eyes fixed on the movements of the visitors.

Millie seemed to sense when Linda’s death was approaching. I don’t know how. Maybe she picked up on our feelings, or perhaps animals have a special sense at such times. After Linda’s death, she didn’t eat for three days. She frequently went to the door to her room and walked away with sadness in her eyes and her little tail tucked low. She was grieving!

We leaned on one another for comfort, support, and companionship. She had been part of Linda’s story for a decade. Now, her presence helped me feel Linda’s nearness. Maybe I did the same for her.

Millie gradually lost her hearing. Her vision diminished. Her dependency on me intensified. She followed my every move. When I returned to the house from errands or walks, she was waiting at the door.

In recent weeks, Millie’s declining health accelerated dramatically. In the early morning hours of September 16, she slowly drew her last breath. I quietly thanked God for her companionship with both Linda and me and for her bearing God’s own unconditional love and faithfulness.

Richard Rohr in his book, The Universal Christ, shares that he saw in his dog, Venus, the presence of Christ, the incarnation of the universal power of life and love. Some may want to quarrel with Rohr’s theology; but I’ll leave the quarrel to others. I just know that Linda and I experienced the power of unconditional love and gentle presence in Millie.

All creation originates in and is sustained by God’s love, and the divine presence permeates all life. The Psalmist declares in a prayer to God, “You save humans and animals alike” (36:6) and Jesus reminds us that God notes with compassion a sparrow’s fall (Matthew 10:29).

I know from my experience, especially in times of suffering and grief, nothing heals and comforts like gentle, loving, loyal presence. Sam Wells suggests that with is the most significant word in the Christian faith. It speaks of incarnation, the Word becoming flesh, Immanuel, “God with us.”

To the very end, Millie was simply with us in gentleness, loyalty, and empathy. I am ever thankful for the gift of Millie. Yes, she was an intimation of divine presence and love from which nothing in life or death can separate us. 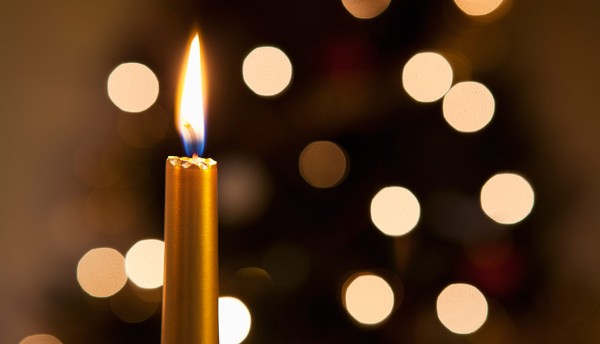 Grief dominates Christmas for me this year! Sparkling decorations, joyous music, holiday parties, and upbeat festivities just don’t fit where I am.

I was a teenager the last Christmas I celebrated without Linda. That was six decades ago!   Even though she was not cognitively aware of the last five Christmases, she was still present.

I could see her! Hear her voice! Hold her hand! Kiss her forehead! Comb her hair! Feed her! Brush her teeth! Sit silently beside her and listen to her breathe.

Now she’s gone! Memories remain, but they are accompanied by sadness for what is no more.

Part of me is missing, too.  Adjusting to who I am without her means reorienting my identity, redefining my vocation,  re-ordering everyday living.

But there is a mysterious goodness in grieving at Christmastime. It’s hard to explain.

The pensiveness I feel seems to be stripping away the superficiality of the season and confronting me anew with the profundity of the Christmas story:

The infinite God, the source of all life, who brings this magnificent and ever-expanding universe into being, entered human flesh with all its frailty, vulnerability, death, and grieving. Thereby,  God has claimed all matter, including human life and death, as bearers of divine presence and love.

The ultimate meaning of our existence is to be extensions of the incarnation, birthing and nurturing God’s presence and love amid our living, grieving, and dying.

Grief is love weeping, evidence of love shared. The longing for presence, yearning for recovered memories and lived expressions are signs that love still lives and grows. Gratitude that love remains amid death and loss gives perspective to the grieving.

But Linda is no longer present for me to tangibly share love. That still hurts deeply!

Christmas speaks to that hurt, too! It doesn’t take it away, but it offers a means of redeeming the absence and hurt: I can enter the loss, grief, and longing of others!

There is comfort in solidarity with those who suffer. Some are in our families. Others are neighbors. They need a gentle embrace, a whisper of comfort, perhaps a gesture of forgiveness, a word of encouragement.

There is also comfort in extending hospitality and advocating on behalf of the vulnerable and wounded who also bear God’s image, presence, and love.

Christmas is about God coming in a helpless baby, born of a young peasant, unmarried and pregnant teenager, made homeless by a cruel governmental decree.

The Christmas stories in the New Testament proclaim God’s radical hospitality and prophetic advocacy on behalf of the powerless, despised, and vulnerable people of the world.

Grief has energy, passion! I pray that the energy and passion of my grieving will be channeled into friendship with and acts of mercy and justice on behalf of those with whom Jesus so closely identified that we meet him in them.

That’s what God wants! And, I think that is how Linda would want me to grieve her absence!

Christmas, after all, is about God entering our grief, redeeming our sorrows, and inviting us to join Emmanuel in “the least of these.”

One of my favorite memories as a bishop was a retreat with the extended cabinet in Mississippi. I invited two special friends and natives of Mississippi who have courageously championed justice and inclusion for at least six decades.

We spent two days engaged in conversation with Will Campbell (here) and Tex Sample (here)! They shared their experiences growing up in Mississippi and their own struggle to counter prejudice, racism, and exclusion. What a memorable experience! 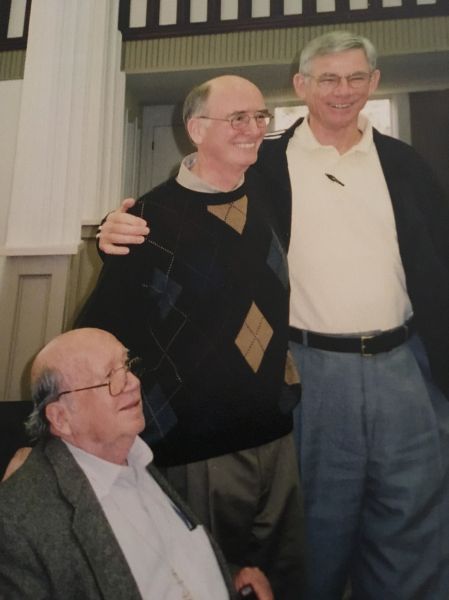 With disarming wit, intriguing stories, and prophetic insight, Tex and Will invited us to confront our own racism and exclusion and to expand our circle of justice and hospitality.

I first met Tex in the 1980s when we served on the General Board of Church and Society. We have been friends for more than thirty years; and I treasure his continuing support, guidance, and inspiration.

Tex is equally at home swapping stories with “hard living” folks in a local hangout, delivering lectures at top universities, and organizing local communities to challenge city hall. He has spent his life on the frontlines and in the trenches in the struggle against injustice and exclusion in both church and society.

Will Campbell and I met in prison! I had read his Brother to a Dragon Fly. Now, here he was sitting across from a condemned man awaiting execution! He lived what he preached. His circle of compassion and concern was wide enough to include Klansmen and leaders of the civil rights movement, a convicted murderer and a United Methodist pastor.

During my years as bishop in Nashville and Mississippi, Will would show up unexpectedly at an event or call on the phone. Every encounter left me laughing and inspired. I always felt that I had been visited by one of God’s choice prophets and angels! Though he died June 3, 2013, he continues to inspire and challenge me to broaden my circle of hospitality and deepen my commitment to justice.

I give thanks for holy friendships that challenge my prejudices, widen my circle of compassion, and call forth courage to seek justice for ALL people. Special thanks today for Tex Sample and the late Will Campbell!

(I am indebted to John Moore for this photo taken at the retreat.)